The story “The Devil’s gold” by Luca Catalano Gonzaga, published on “ArtApp” magazine.

Looming 2,799 m (9,183 ft.) above sea level, Gunung Ijen in Indonesia’s Eastern Java is a volcanic wonder that attract hundreds of foreign and domestic tourists daily. During daytime, they climb the mountain top to reach Kawah Ijen, the volcano’s crater lake, famous for its mesmerizing turquoise hue. When darkness descends, hikers witness the glowing blue liquid fire that streams from the crater down the mountainsides. It isn’t lava, but the sulfur for which Kawah Ijen is renown. Inside the womb of the Ijen Kawah volcano, the miners go deep in search of the Devil’s gold, as sulfur has always been known. Every day, three hundred men leave the base camp at the slopes of the mountain to reach the top of the volcano. They climb up three kilometres and then head downwards until the opening of the crater where the sulfur crystals lie. Nine hundred meters deep towards hell, defying the unbearable heat, rarefied air and the darkness, without any protection. 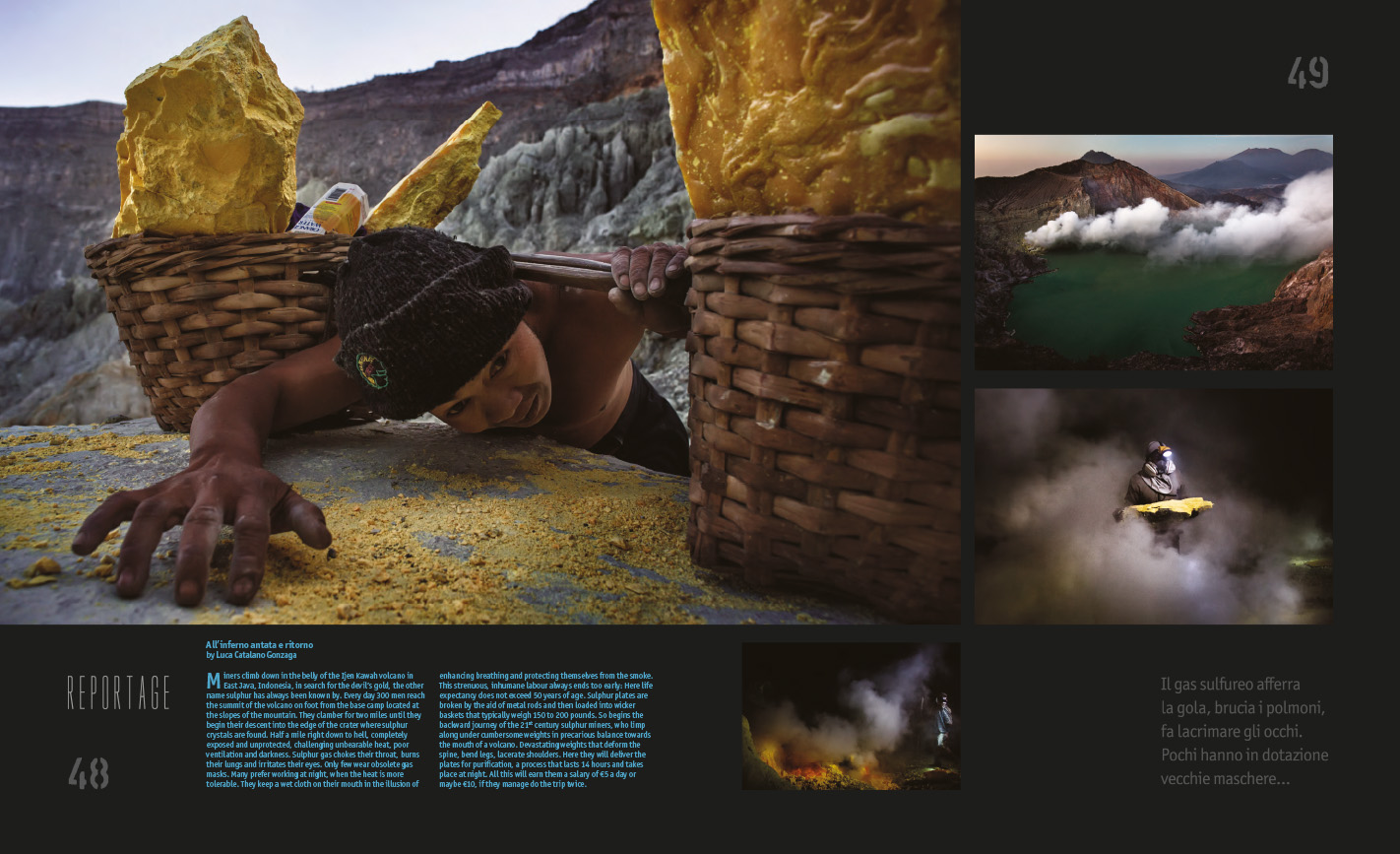 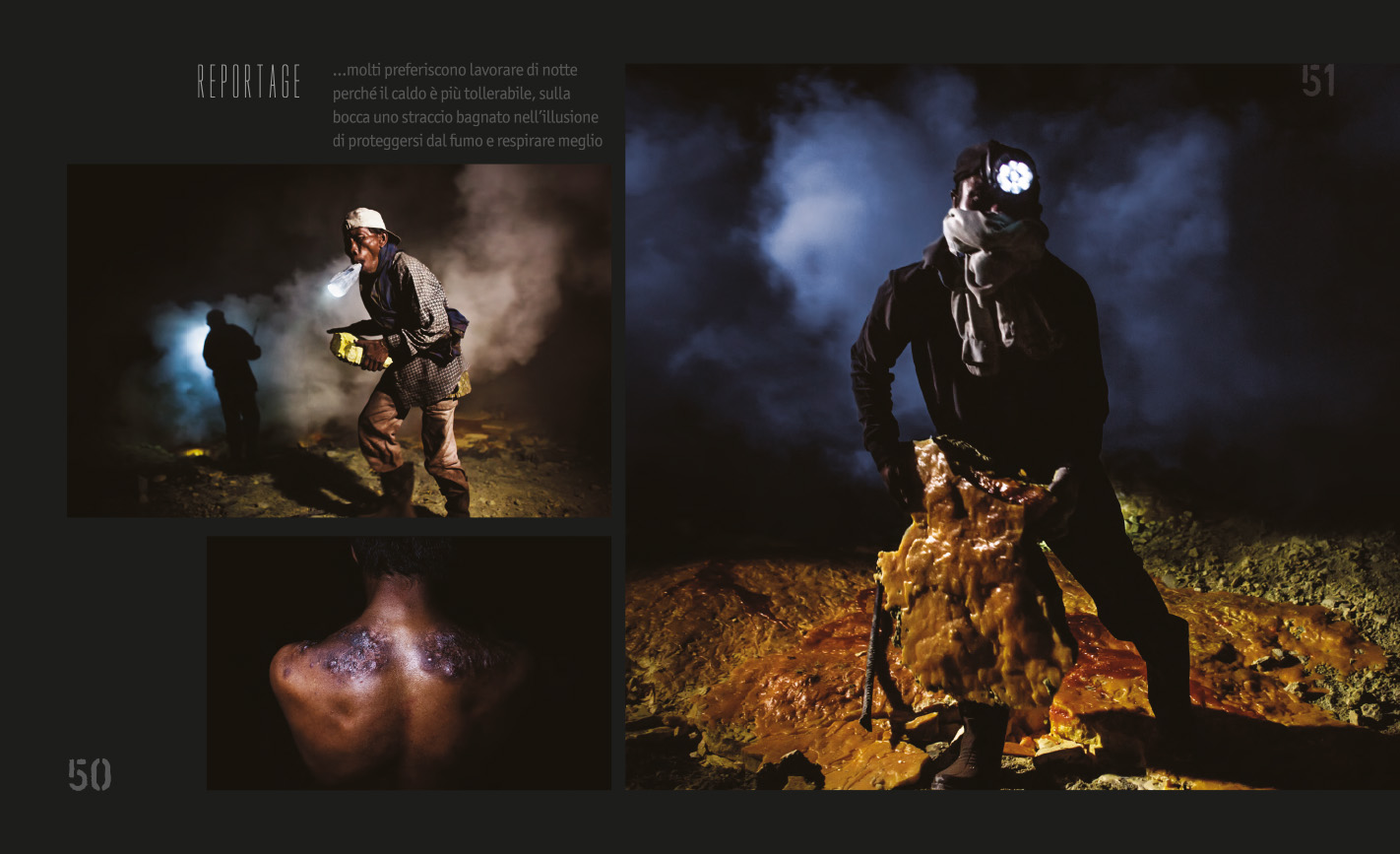 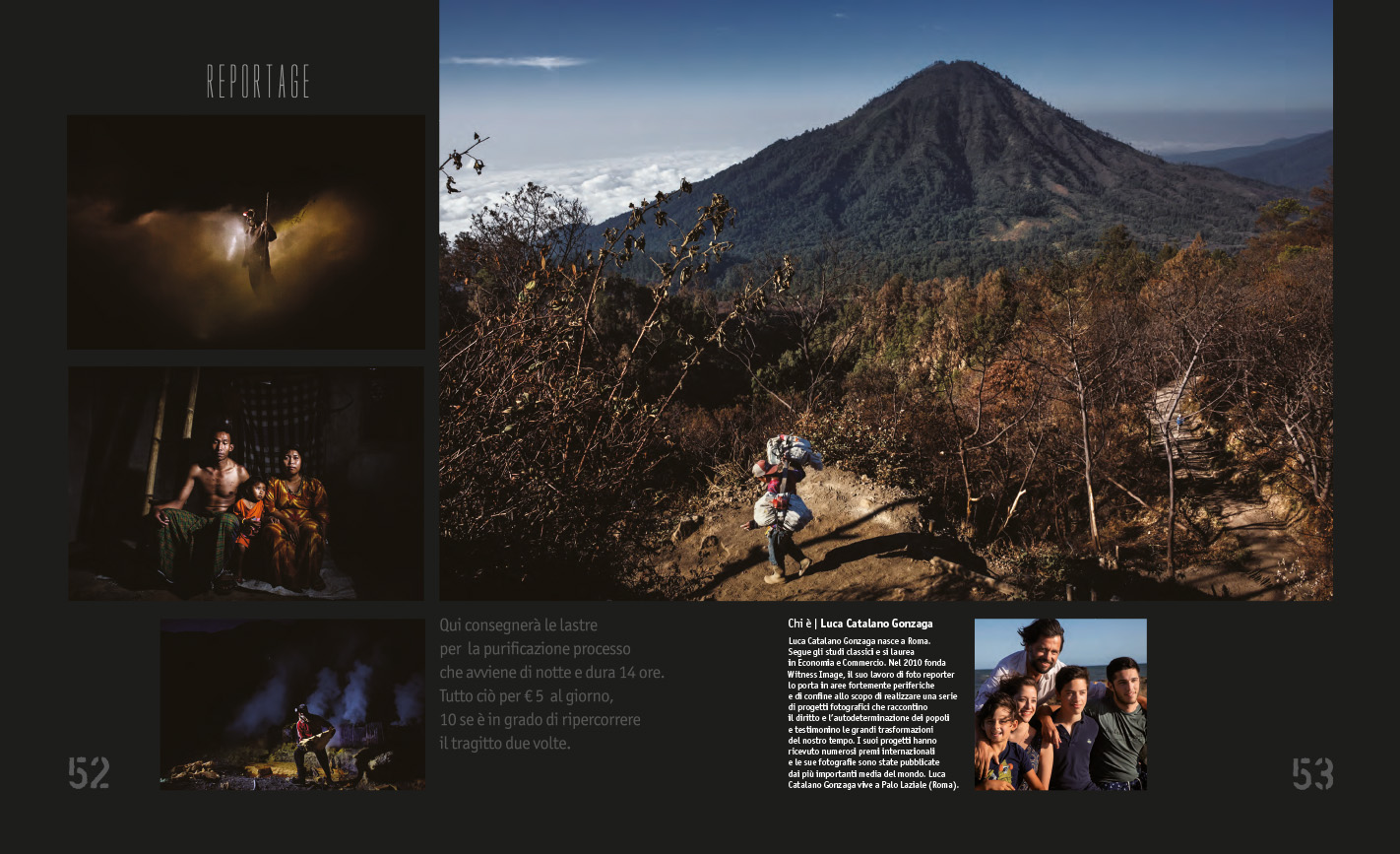 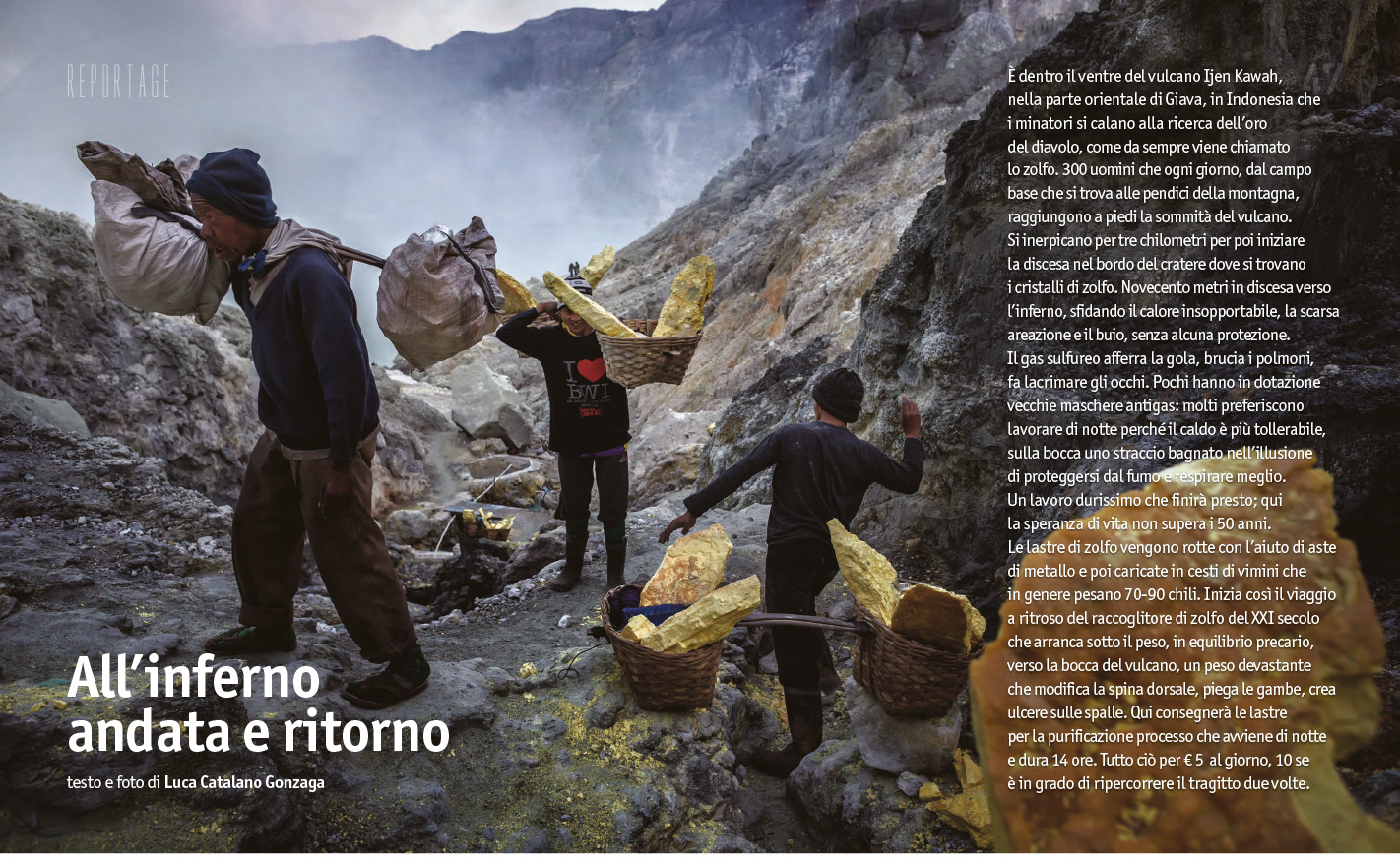