Photographic exhibition by Luca Catalano Gonzagain Rome, of 17 portraits of agricultural and domestic Haratin women slaves, from Mauritania. An extrapolation from the “iWitness” multi-year project, where Luca Catalano Gonzaga in 10 years witnessed the suffering of women in the world. With this exhibition Witness Image wants to celebrate the beginning of a new path together with the agency “Made in Tomorrow” with which it has recently started a partnership.

These portraits, by Luca Catalano Gonzaga, have been taken 50 years after Richard Avedon shot the portrait of the enslaved William Casby, entitled “Born in Slavery”. They are about the Haratin of Mauritania, descendant of the Black Moors, the historically enslaved population “owned” by the White Moors, a powerful minority. Although “Haratin” means literally “those who have been freed”, these women and men still live in slavery, generation after generation, treated by everyone else as ‘property’: something only worth buying, selling, trading or destroying. Living in villages in the countryside, they work a land which is not theirs and don’t receive a salary or any form of compensation. At the villages of Daguag, Jedida, Tejala (Brakna District), Mbeida (Gorgol District), many Haratin men and women who have been invited by the leader of the village wait their turn to have their picture taken inside a hut, anonymously. 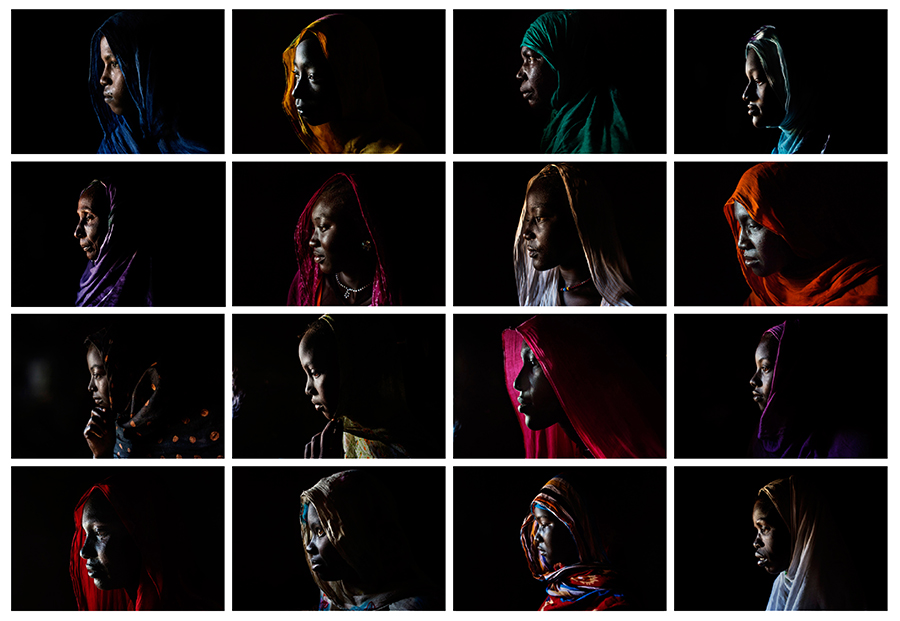