The Nepal earthquake of 25 April 2015 was a violent earthquake of 7.8 local magnitude with an epicenter about 34 km East-Southeast of Lumjung in Nepal that caused more than 8,000 deaths. This is the most violent seismic event that struck this area after 1934, when a 8.0 magnitude earthquake caused the death of about 10,600 people. After 3 years from the disaster, the production of bricks, for the reconstruction of the country is at the highest levels. This need for reconstruction has led to a worsening of the exploitation of child labor and air pollution in the Katmandu valley. The photographer Luca Catalano Gonzaga narrates with the “Building bricks, killed by bricks” photo reportage the drama of this type of work, where thousands of Nepalese families live around the kilns to build bricks and transport the latter in the most remote areas of the country. Currently in the Katmandu valley there are about 250 active furnaces from November to May, period of the dry season. And it has been calculated that the furnaces release about 837,000 tons of dioxin. The production of bricks is still done by hand. Whole families, after mixing the clay with water and obtaining the proper consistency, use wooden moulds to shape the bricks. When the bricks are dry, they are transported first to the kilns for cooking and then, once cooked, they are loaded onto the trucks that distribute them to the construction companies. Each brick can weigh up to 4 kg, and a minor can carry, on the shoulders or on the head, about 2,500 bricks a day, for a total of 12 working hours earning just about 750 rupies ($ 7). Workers and their children frequently suffer from respiratory diseases and abdominal pain. Work in the brick works jeopardises the health and normal development of children, exposing them to respiratory infections, damage to the spine and lung cancer. Moreover, the time spent under these conditions marks a dramatic interruption of their schooling, compromising any possibility of leaving the dramatic circle of poverty that characterises these families. The International Labor Organization (ILO) estimates that 2.6 million Nepalese children (40% of the population) between 5 and 14 work, about 60.000 of them work in brick kilns. (Text by Muriel de Meo). 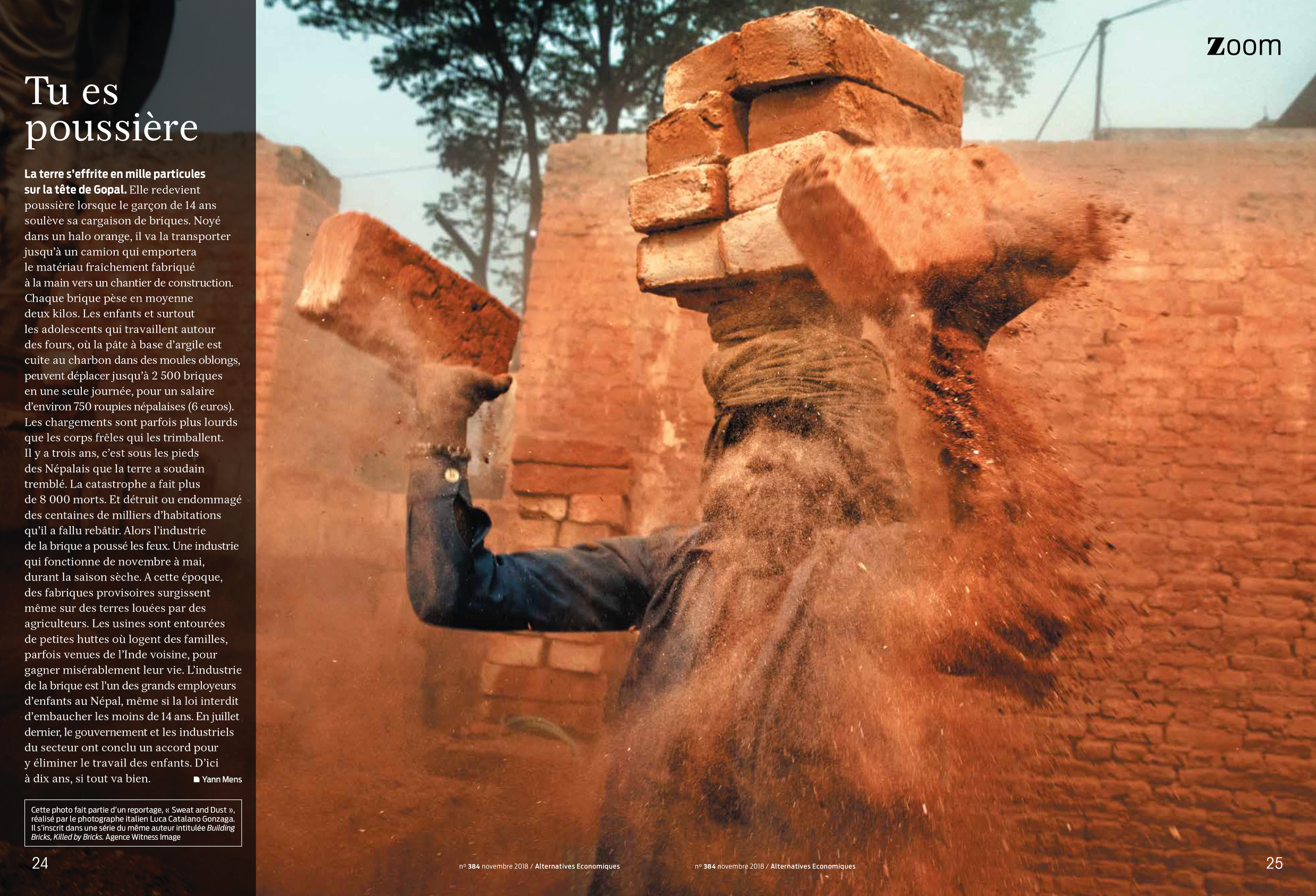